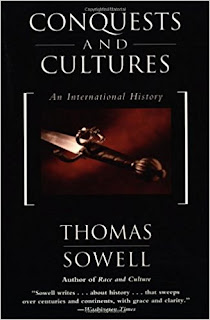 Thomas Sowell writes about the history of conquest in both the Old and the New World in this book. My interest was to know what he would say about Columbus and his era. To his credit, he mentioned how the Columbus story had been distorted with revisionism and the romanticism of the natives with the legend of the Noble Savage. You can clearly see that brutality was common for both, Europeans and Indigenous People, at the time of the Spanish conquest. Since the author is an economist, he also talks about the economics of the world during the different eras of conquest.