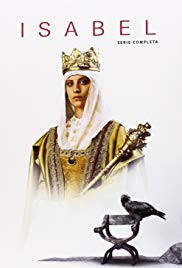 Isabel Tv series was a three-season Spanish mini-series about Queen Isabel of Spain, who sponsored Columbus' voyages to the New World. It was broadcast from 2012 to 2014. The script and acting were great, but the episodes were too long for my liking (more than an hour each). The first episodes contain very sexually explicit scenes, almost pornographic, so you are warned! As for Columbus, he is incorrectly portrayed as a sneaky person who was cutting backroom deals with the king of Portugal after he discovered America. Because of that, and many, many other inaccuracies about Columbus, I'll give the show 3 out of 5 stars.

Posted by official christopher columbus at 7:24 AM