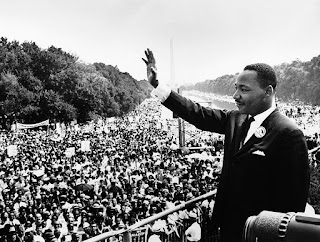 Can you imagine the outrage if a group was demanding to rename Martin Luther King Jr Day to something else? Just imagine the possible charges to discredit MLK Jr and his Holiday. Among them would be, sexual misconduct, tax evasion, crime, and genocide. You might wonder, how come? MLK Jr was involved in multiple adulterous affairs, even though he was a Minister. That would make him a hypocrite. He also went to jail multiple times, and was investigated for tax evasion. That would mean he was a double cheater. He cheated on his wife and with his taxes. Going to jail makes him a convicted too. A criminal. He also had a friend who was a communist named Stanley Levison. During the 1900’s, Communism was responsible for the genocide of millions of people in Europe, Asia and other parts of the world; therefore MLK Jr is guilty by association, meaning he is guilty of genocide as well. Where are the MLK Jr Holiday protestors? [1] Even if some of the accusations are true (like the affairs), I would doubt the Afro-American community would be passive if someone was renaming the Holiday. The same with the Italian Community. Even though they don’t get the publicity Columbus Day protestors got last year, they are there fighting back. MLK Jr Day was lobby by the Afro-American Community. Columbus Day was lobby by the Italian-American Community. People usually remember that blacks were discriminated against in the past. What they don’t know is that Italian immigrants were discriminated against too… and lynched. In fact, many immigrant groups had been discriminated against in America in the past, including other whites, Chinese, Japanese, Jews, Puerto Ricans, etc. [2]
That's why the Italians take this personally. Columbus was Italian, and the attacks against him are taken personally as attacks against the Italians or the Italian heritage. The blacks would take it that way too, if this was MLK Jr and not Columbus. The people we celebrate in United States were not evil. We don’t celebrate evilness either. Our values and traditions are good, and it is those values and traditions that have overcome things like slavery and racism. If the standard for a Holiday celebration is going to be holiness and perfection, then we would not be celebrating anyone. Some busybodies out there want to change everything by lying about the facts. They themselves are not holy or perfect either. The only person who was holy and perfect was Jesus, and even He was crucified.

Email ThisBlogThis!Share to TwitterShare to FacebookShare to Pinterest
Labels: Debate